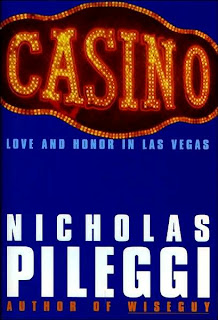 I recently was surfing the net and somehow ran across Frank “Lefty” Rosenthal’s website.  Lefty died just about a year ago, but his website is still out there in cyberspace.  For those not in the know, Lefty was long-time handicapper that ran the Stardust Hotel & Casino for the mob in the 70s.  His story was the subject of the Scorcese film Casino, in which he was played by Robert DeNiro, and the book of the same name by Nicholas Pileggi.  Although I love the movie, I knew that Pileggi’s novel would probably contain a much more detailed account of Lefty’s fascinating life and times in Las Vegas, so I decided to check it out.

Casino may be a “true crime” novel, but it is pure pulp.  As the ads for National Geographic’s Locked Up Abroad proclaim- real life is better than fiction.  It’s all here: money, the high life, and enough criminal scheming to make your head spin.

Like the movie, the story begins with Lefty narrowly escaping a car bomb planted in his Cadillac outside of Tony Roma’s in Vegas.  From there Pileggi gives us a detailed look at how the mob became “partners” with the hapless Allen Glick and his Argent Corporation in several Vegas casinos.  The various methods by which the mob skimmed millions of dollars from these casinos and the eventual accidental discovery of the skim by the FBI is told in much greater detail than seen in the movie.

Of course, that is only the back story.  The novel really focuses on Lefty’s wild ride as he tries to run the 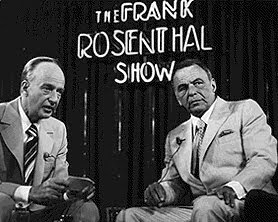 casino while dealing with the Nevada Gaming Commission, his whacked-out wife Geri, and his “friend”, mob wild-man Tony “The Ant” Spilotro (played by Joe Pesci in the movie).  On his website, Lefty was always telling his readers that his life in Vegas wasn’t as great as one would think.  It may not have been pleasant or fun, but it sure was crazy.

Casino is a fantastic read for any lover of pulp fiction and crime stories.  Even if you have seen the movie too many times to count, like me, Pileggi’s book is well worth a read.