Lawrence Block is a Mystery Writers of American Grand Master. He is most well known for his two long-running series about private investigator Matthew Scudder and burglar Bernie Rhodenbarr. Block’s career began in the late 50s and he has published more than 50 novels.

Hard Case Crime has published more Block novels than those of any other author. They have done so by repackaging and republishing five of Block’s obscure early novels. Some of these novels were originally published by the somewhat lesser known, or lower tier, pulp houses and some were packaged as sleaze novels rather than the excellent crime/pulp tales that they really are. While these works may have been known to completist Block fans and paperback collectors, to most people they are truly lost classics.

The novels range in tone and subject from tales of grifters and their tangled webs, to darker tales of crime and a thriller about the corruption of power. Although not preachy or overly explicit, Block built into these novels wider commentary on topics including the beat generation, the false facade of suburban life and the Cuban revolution.

Rather than review each novel in-depth, I provide a short look at each book’s history and a very brief summary of the plot and setting. I highly recommend each of them. Although Hard Case Crime itself may or may not have all of them in stock, they are all widely available from common sources. The Girl With the Long Green Heart and Lucky At Cards are simply great entertainment and are two of my favorites among the entire Hard Case Crime catalog. A Diet of Treacle stands out as an unusual and sophisticated work. 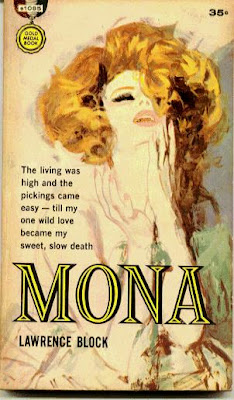 Grifter’s Game was the first novel published by Hard Case Crime. It originally was published in 1961 as Mona by Gold Medal Books. Joe Marlin is a grifter that moves from town to town when things begin to catch up with him. He meets a dame called Mona on the beach in Atlantic City. They concoct that classic plan - they will kill Mona’s rich husband, take the cash and live happily ever after. Things, of course, do not happen as planned and the story twists its way to a surprisingly unusual and dark ending. 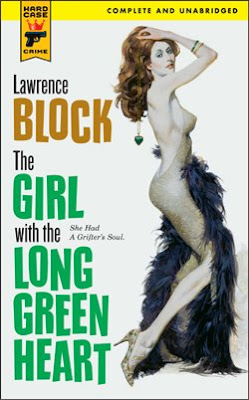 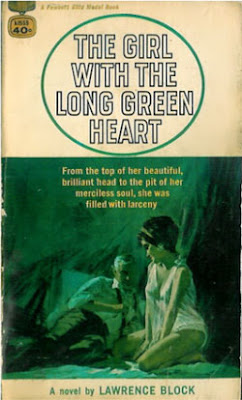 The Girl With the Long Green Heart

This novel originally was published in 1965 by Gold Medal Books. It is the story of two con-men out to scam businessman Wallace Gunderman using a land purchase fraud. They eventually involve Gunderman’s secretary Evvie, who has her own motivations to hurt Gunderman. The grifters go to great lengths to set up their scam and win the confidence of Gunderman. Block gives us a comprehensive overview of their methods. He also lets us in on the self-reflections of one of the grifters, Hayden, as he day-dreams about going straight and living a simple life. Hayden’s dilemma presents that classic pulp theme: Can a bad guy go straight? Can the downward spiral be escaped or is self-destruction assured? This is my favorite of the Hard Case Crime Block novels. 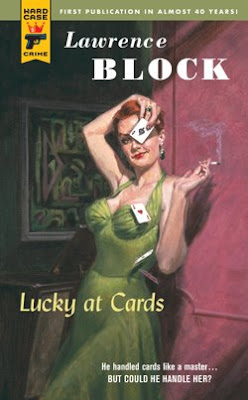 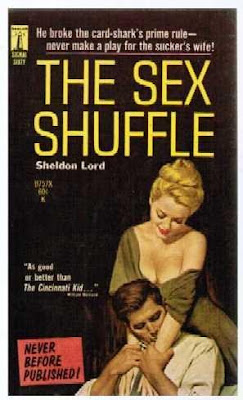 Lucky at Cards first was published in 1964 by Beacon and was stupidly titled The Sex Shuffle, being packaged as a sleaze novel. This one also is a tale of a con-man, of the card sharp variety this time. While fleeing from the mob, Bill Maynard stops in some ordinary town to have a dental problem resolved. The dentist invites him to his weekly poker game and Maynard is off to the races. The dentist’s wife enters the picture as the femme fatal and immediately pulls Maynard into hell. After a taste of suburban life, the con man wonders if he can go straight and live life on the up and up with a job, a wife and a nice little house. 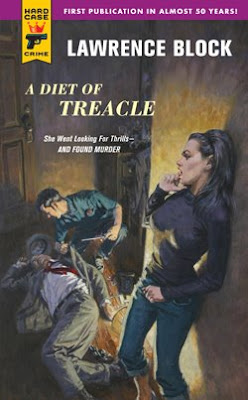 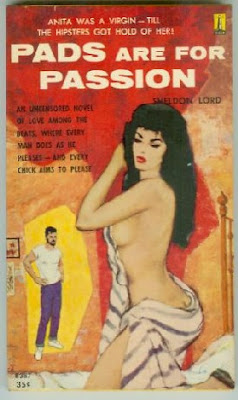 A Diet of Treacle

Originally published as Pads Are for Passion by Beacon in 1961, this novel breaks from the previous three grifter-centric novels with a highly original take on the beat culture in New York’s Greenwich Village of the time. Three hipsters who are think they are living “independent of the outdated and oppressive mainstream society, man” get caught up in the drug trade to dire results. 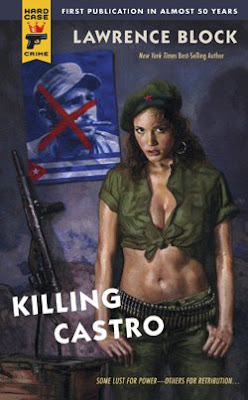 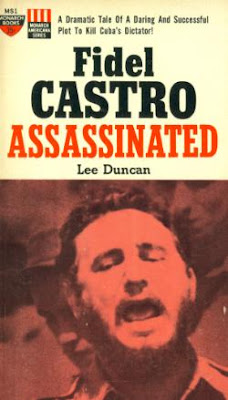 This one originally was published by Monarch in their “non-fiction” line as Fidel Castro Assassinated in 1961. It tells the tale of a group of men who set off on a mission to assassinate Fidel. A thriller in which Block provides interesting comment on the corruption of achieving a goal at any cost.
Posted by P.M. at 12:54 PM 6 comments: Links to this post